skip to main | skip to sidebar

For those of you who have been associated with Matt and I within the last three and a half years, it should come as no surprise to you that the issue of living in Texas at some point in our future is one that lacks unanimity in our family (consisting of Matt and I). Matt, who claims Texas as his home, even though he spent many good years, including his formative ones, in locations other than Texas (including New York, Oregon, Utah, and my favorite, Missouri), is a huge fan of moving and spending the rest of his life in the greatest nation in the United States. Austin, he claims, is "in Texas, but not of Texas," and boasts of many "The Best Cities to Live in" titles, the greatest live music outside of Nashville, bats under bridges, a thriving cultural and academic atmosphere, and the perfect weather all year long.

While I think his characterization of the weather is a bit hyperbolic--Austin humidity, though not as suffocating as Houston, still ranks rather low on my comfortability scale for most of the summer--it almost proved to be the key to my undoing this winter break.

Since Thanksgiving is the best time for all of my family to get together, Christmas has been traditionally spent with the Gees in none other place than Austin, TX. This year was no different. In packing our bags, we looked forward canoeing on Town Lake or going golfing on New Year's Day, and packed accordingly. Though slightly chillier than expected (I occasionally had to put on a light jacket), the weather was almost as enjoyable as the food, laughs, and family. Here are pictures of a few highlights: 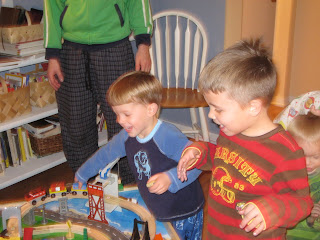 The nephews (Jackson, Addison, and Preston Lewis) waking up to a totally awesome train table and set from Santa Claus (that took three hours to set up!). 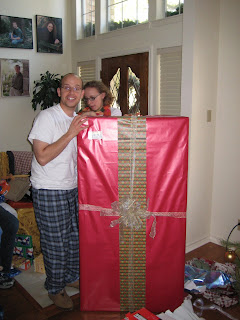 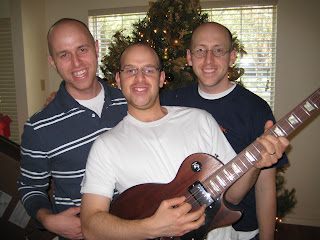 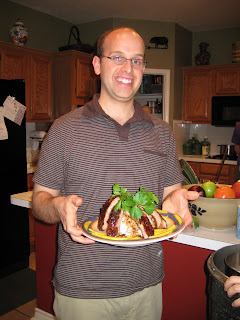 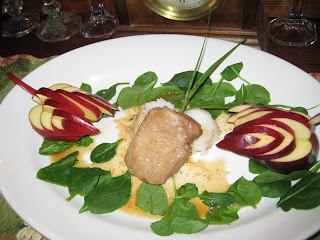 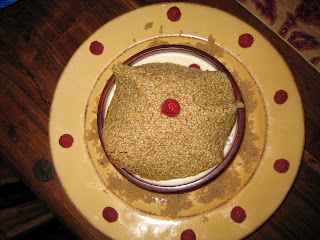 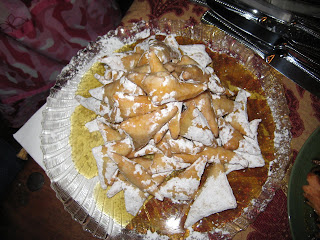 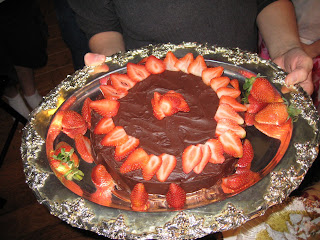 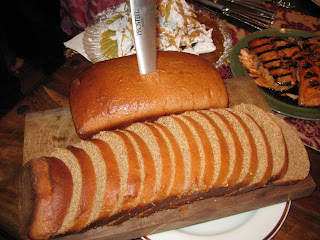 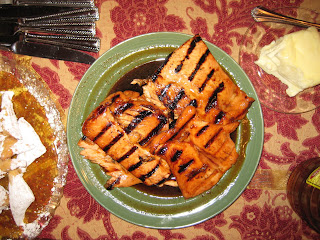 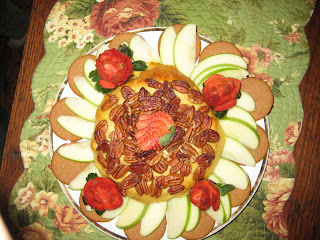 Family (and soon to be family!) enjoying the great Austin outdoors. 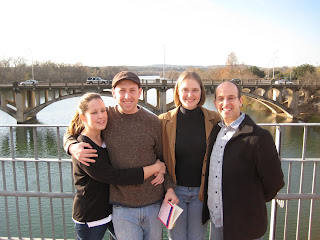 Good times with the Gees!
(This family photo taken on our last day in Austin is quite deceptive. Not only is it not a complete family photo--where are the spouses?--it's also pretty darn cold. See, Matt? Even Austin has it's moments.) 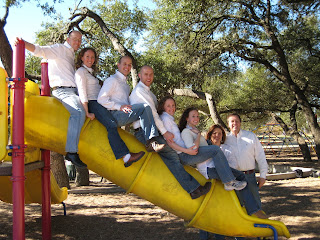 Though family pictures in Texas were made slightly unpleasant due to a cold front on New Year's day, this was nothing compared to what we were going to face in the next four hours........

My sister Karen got married on January 4th in Nauvoo (great location!). Due to this factor, instead of flying back to DC from Austin, we took a slight detour through Missiouri, Kansas, back to Missouri, Iowa, and Illinois.

And I had the chance to remember how cold blows the wind in the old Midwest. (It's really, really cold).

The bride, wanting her pictures to somehow change the fact that she really got married in January instead of June, insisted that pictures be taken without coats, or jackets, or gloves, or hats, or any protective item that might shield the wearer from the bitter bite of winter. I protested. Matt got bronchitis. We took the pictures without coats anyway. And in a moment of weakness, or rather, in several moments of weakness (try the entire time we were in the Midwest), Matt almost persuadest me to be a Texan. 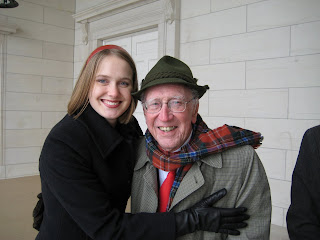 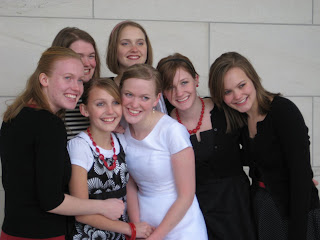 In any case, the wedding was beautiful, the roads safe, and the reception a ball. What more could we have asked for? 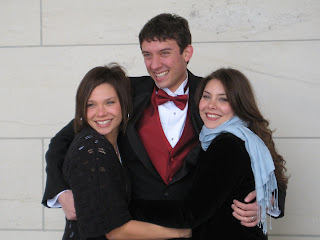 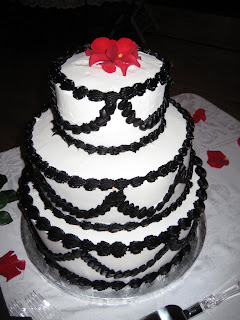 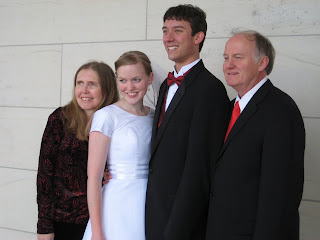 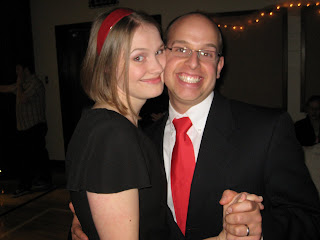 After basking in the sunshine and then battling the cold, we were happy to return to the temperate temperatures of Washington, DC, where we were able to thaw out and even enjoy spring like weather the last few days. There is no place like home--the homes we grew up in and return to for holidays and the home we make wherever we are. For the present, I'm glad that's DC. As for the future, we'll see.

(I think the operative word in both Agrippa and my statements is "almost.")

Lisa, you're so funny! I miss you!! I loved hearing all about your exciting vacation in the country of Texas and don't know if I will visit you when you live there... but stay in Virginia and you are guaranteed a red-headed schoolmate gracing your threshold :). I am glad your holidays were so fun! Congrats to Karen

Gees,
Thanks for posting. Matt, I had the wonderful opportunity of playing a Les Paul at a guitar shop (to the point that I made the clerk a little nervous I think). Gibson does it best. Besides, multiple wives is always cool. :) We can vouch for the cold Midwest winters, Glad to hear that you guys are doing well. Happy Holidays, The Cowans
ps let us know the next time that you are in Nauvoo, it is about 6 hours from Madison or so we hear. :) We love you guys and miss you. Take care.

Thanks for your post on my blog. Here's my email: christina_r_pearson@yahoo.com. That way we can really catch up. What a fun and very cold wedding. I did Manti in December and everyone was in coats except me. And luckily--I didn't get bronchitis! And, what a fun major/career. I guess, from my blog you can see why dancing wasn't a direction I was headed in. :) And, how crazy that Karen married Adam. I love hearing about back home hook-ups. Later!

Hey! It's the Oblads. I don't know if you remember us but we were in the Provo Peak ward with you a couple of years ago. Anyway, I found your blog off of the Perry's and thought I'd say hi. Our blog is www.babyoblad.blogspot.com. Good to see you again! :)

Lisa and/or matt. I think you should post a new post. I miss you. And I don't believe your lives are THAT void of adventure. In fact, I bet there is a dang lot to write about...

I have a one comment per post policy that I adhere to vigorously but you guys are pushing it. Their is not getting you two to post regularly is their? I just wanted to know how the guitar was working out Matt? Take care and post occassionally, Logan

I slightly resent the manner in which my wedding was described. No mention was made of the fact that the bride and groom were without coat or gloves or scarf for an entire hour before the group photos or that the group photos only meant a total of ten minutes without a coat. Besides, the pictures look gorgeous and were worth the small moment of frigid temperatures. And really, that is what the gospel is all about.

SOOO...are you aiming for a yearly report, this time? Hope to see a post from you guys, soon!! :-)

Matt and Lisa Gee
Upon graduation, we left the comfort of the everlasting hills to become city dwellers in the center of it all--Washington, DC. We're not sure if urban dwelling is the lifestyle we're after, but we will make the best of it for the few years we're here!